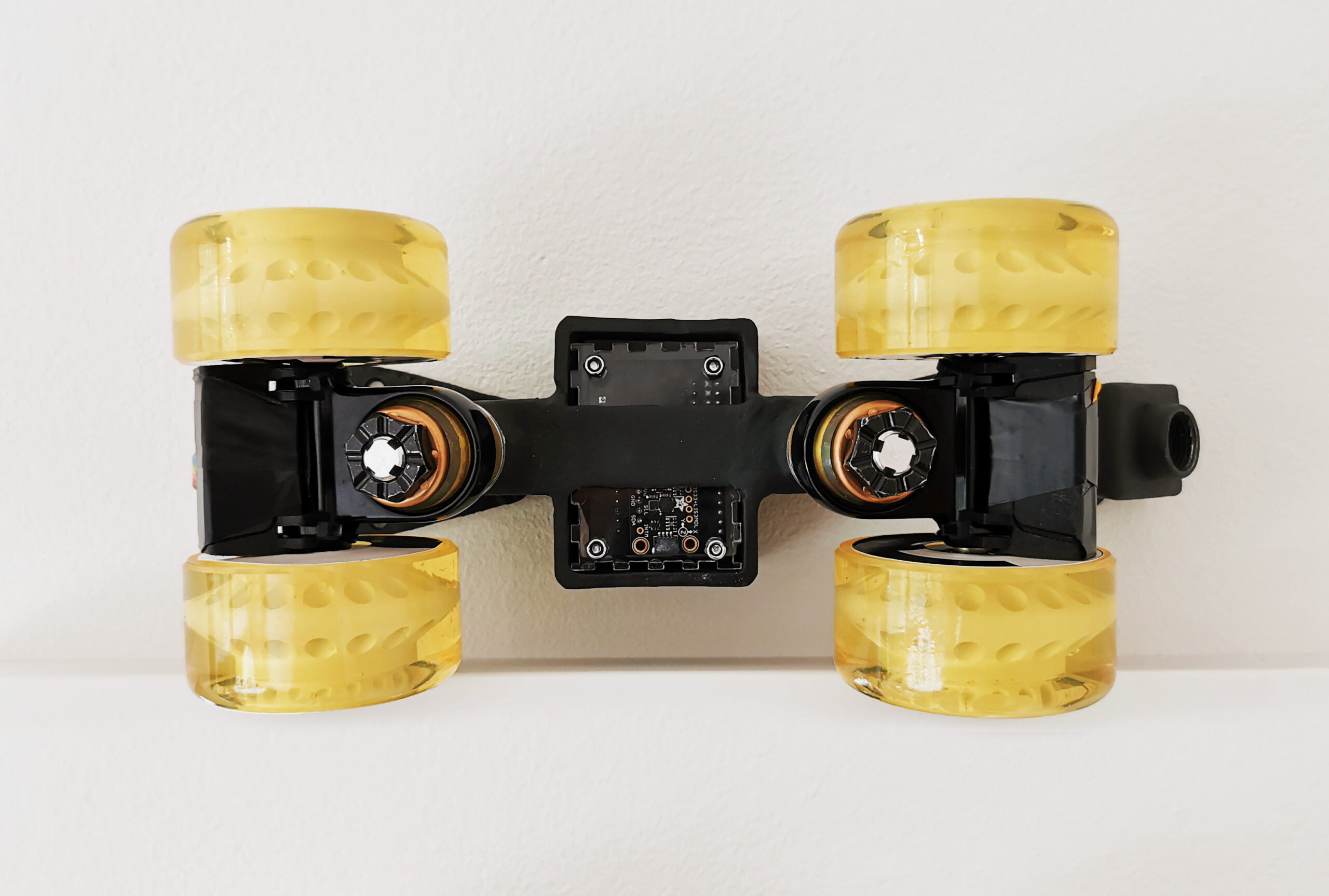 “Chorus” is an interactive MIDI – Musical Instrument Digital Interface roller-skate controller. The MIDI controller processes the movement, the pressure, and the speed of the roller-skates and allow them communicate with digital musical software (i.e., Ableton Live). The messages sent from the roller-skates to the digital musical software pass through another software that reads the nine sensors attached to the roller- skates hardware, processes the readings, and transmits them to a host for further processing. The sensors’ data is transmitted and read by a host computer software, which produces sounds that further react to the variables read by the sensors. The data and software allow the instrument to create interactive musical compositions with the movements (including pressure, speed, direction) of the performer.

“Chorus” body-sculpture derives its name from the group of singers, actors, and dancers in ancient Greece. The chorus often sings, repeats, and narrates the plot of the performance. “Chorus’” character is a stimulus from the Satyr mythical creature, found in Greek mythology and in ancient Greek tragedy. The character brings about Nietzsche’s philosophical thought on the ancient mythical creature and its relation with Apollonian and Dionysian states, and consequently, order and freedom (information and noise). I further affiliate the “chorus” character with John Cage’s methods to announce the in-betweenness of order and freedom, often seen during thinking processes.

The work is supported by Kone Foundation, Theatre – Academy of University of the Arts Helsinki, and Taiteen edistämiskeskus (Taike).