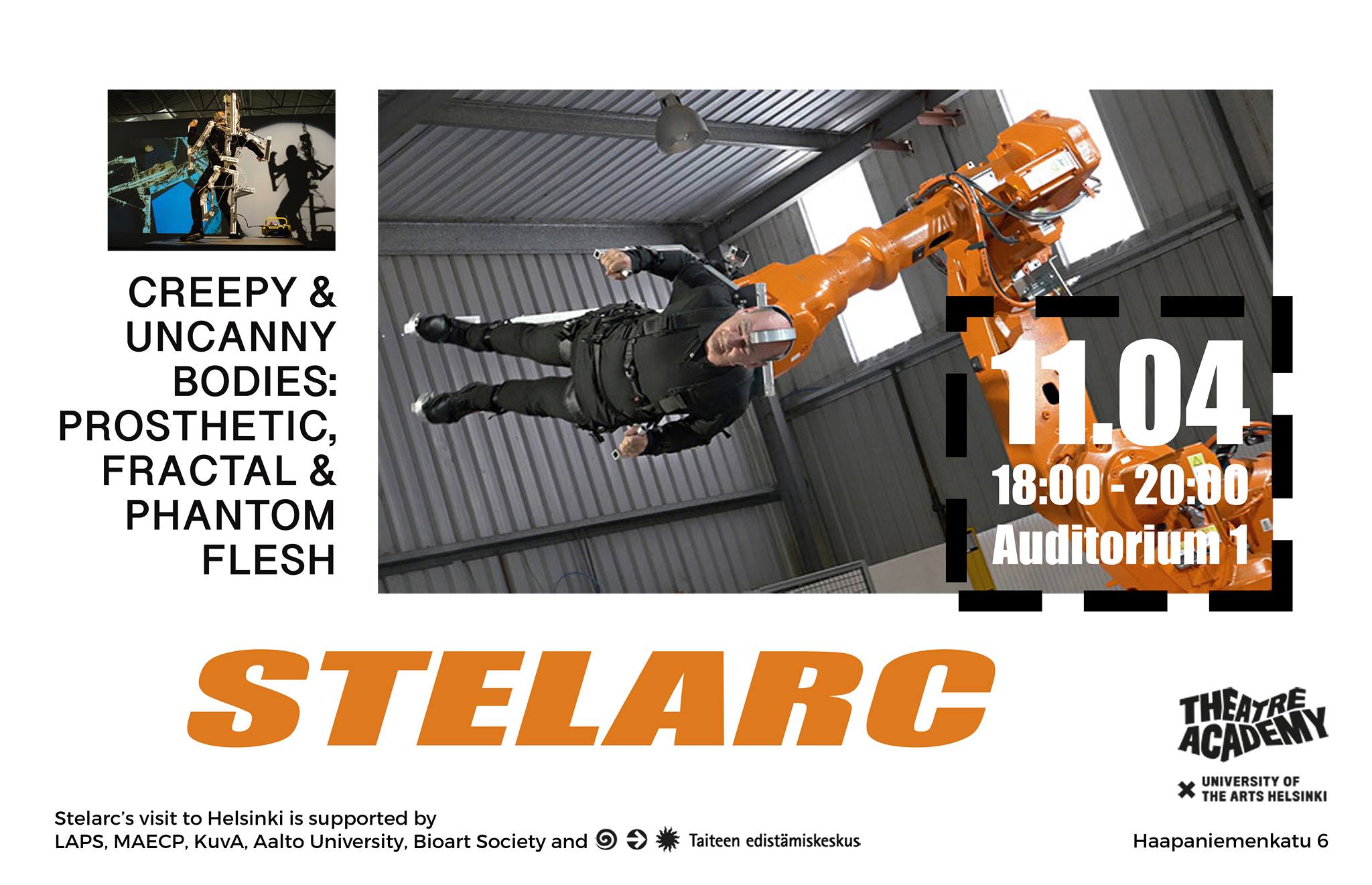 “The body is an object, not an object of desire, but rather an object that requires redesigning. Bodies now operate and navigate from the nano-scale to telematic spaces. In this realm of non-visceral abstraction the body becomes anxious, uncertain and ambivalent. Its only strategy is assume a posture of indifference, indifference as opposed to expectation. An indifference that allows the body to experience the uncanny and the alien. In the liminal spaces of proliferating Prosthetic Bodies, Partial Life and Artificial Life, the body has become a floating signifier. The body now experiences itself as part physical, part phantom; grounded by gravity but dislocated from any one particular place. A possessed and performing body. To others elsewhere, we increasingly flicker on and off, connecting and disconnecting, appearing here and there, as phantom bodies – as glitches in biological time. Skins collapse onto screens, becoming seductive and interactive surfaces. Skins are stretched, selves are extruded. Electronic surfaces attain both optical and haptic thickness. Images generate vocabularies of aliveness that animate our phantoms. To operate effectively we need to seamlessly slide between the actual, the instrumental and the virtual. We are rewired physically, re-located to remote spaces and have become mere disembodied, mobile eyes and a circulating cacophony of online whispers. Although still primarily biological bodies we are now accelerated by our machines, extended by our instruments and we increasingly have to manage data streams in virtual systems. So the body becomes this contemporary chimera of Meat, Metal and Code.”


BRIEF BIOGRAPHICAL NOTE
Stelarc explores alternate anatomical architectures, interrogating issues of embodiment, agency, identity and the posthuman. He has performed with a Third Hand, a Stomach Sculpture and Exoskeleton, a 6-legged walking robot. Fractal Flesh, Ping Body and Parasite are internet performances that explore remote and involuntary choreography via a muscle stimulation system. He is surgically constructing and stem-cell growing an ear on his arm that will be electronically augmented and internet enabled. With the Re-Wired / Re-Mixed performance, for five days, six hours a day he could only see with the eyes of someone in London, hear with the ears of someone in NY, whilst anyone, anywhere could choreograph his exoskeleton arm. In 1996 he was made an Honorary Professor of Art and Robotics at Carnegie Mellon University, Pittsburgh and in 2002 was awarded an Honorary Doctorate of Laws by Monash University, Melbourne. In 2010 he was awarded the Ars Electronica Hybrid Arts Prize. In 2015 he received the Australia Council’s Emerging and Experimental Arts Award. In 2016 he was awarded an Honorary Doctorate from the Ionian University, Corfu. Stelarc is currently a Distinguished Research Fellow, School of Media, Creative Arts and Social Inquiry (MCASI), Curtin University . His artwork is represented by Scott Livesey Galleries, Melbourne.
Stelarc’s visit to Helsinki was supported by LAPS, MAECP, KuvA, Aalto University, Bioart Society and Taiteen edistämiskeskus.